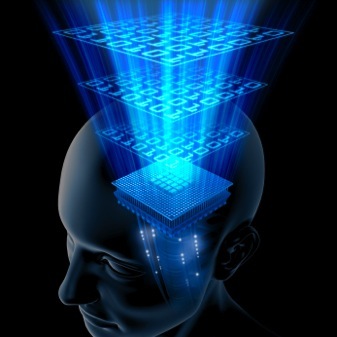 I just watched “Transcendent Man” This is a very important film. As an expose and exploration of Ray Kurzweil, his methods and the emerging mythology around so-called “transhumanism” the film is average at best. As a documentary it tries to present the figure of Kurzwell in a way that allows the viewer to come to his/her own conclusions. Is Kurzwell a modern-day prophet or a tragic figure of modern mythological proportions? The trouble is, it is inherently biased because it is leaving the REAL “big picture” hopelessly unaccounted for…

Consider this: every system created to-date by humans based on “sound logic” and “objective goals” has failed miserably to live up to its own expectations / promises. Economics, mathematics, religion, the sciences, technology, the arts, languages…there hasn’t been even one so-called “discipline” of this humanity that has produced a single “silver bullet” solving a root fundamental problem we face in a long-term sustainable manner. Just look at the state of our world! As our technology and so-called “intelligence” has grown in complexity, so too have the myriad problems we face, lock-step! Forget about life expectancy measured in years (like a computer thinks) and use your superior emotional intelligence to ask: “What about QUALITY of life?” Maybe life expectancy has increased in the last 50 years, but what about happiness? (Not an economist’s “index of satisfaction of material desires”…but real happiness). What about the other “trend lines” from history that Kurzweil and other transhumanists conveniently ignore? Namely, the track-record humans have for “being right.” How many so-called “brilliant theories” and “profound world views” of ours have crumbled in the light of subsequent theories, world-views and discoveries?  How many so-called “world-saving technologies” (from gunpowder to nuclear power) have resulted in tremendous suffering (be it anxiety, economic costs, death, and an incalculable amount of unknown, yet untold costs)? Even mathematics, the so-called “objective logic,” conveniently ignores what it calls “undefined.”

We have not yet begun to fathom the true objective nature of the universe, but are bold enough to believe in a supremely primitive and SUBJECTIVE technology (based on 1’s and 0’s–an externalized intellectualization of our primitive animal ego: “I want this / I don’t want that”  articulated “profoundly and artistically” by Shakespeare’s famous summary of our so-called human condition: “to be or not to be, that is the question”). How can anyone believe that increasing complexity is the answer here?

How many permutations of a two-dimensional paradigm will it take to transform it into a three-dimensional one? But we are ourselves already three-dimensional. Placing faith in a highly complex two-dimensional paradigm is not the answer. How about elaborating on the three-dimensional emotional-intellectual-physical thought paradigm that’s already there (described by Gurdieff, Samael Aun Weor, and others). Only when we master ourselves, via the objective science of our true nature and begin exploring objectively in the 4th, 5th, etc. dimensions, will we truly have the potential to become “transcendent beings” and join the fraternity of advanced civilizations in the cosmos. That superior breed of science/technology is an inner journey based on objective natural law, not an outer one based on primitive subjective observations of reality. The answer embraces the universal governing Law of Three; not the human ego’s competitive hierarchical, dialectic and ultimately destructive “Law of Opposites”…”us vs. them,” “win/lose,” I/O, 1/0.

Networked nanobots in our blood linked to our brain and nervous system, able to expand (and “collect”) our memory and re-program our DNA? Other forward-thinkers who have been amazingly accurate with their predictions of future technology (Star Trek writers/futurist consultants) hypothesized the result of such A.I. already: they named it the BORG. Sure, they live forever alright, but what kind of existence is it?  But a similar outcome of A.I. sentience has been postulated by countless sci-fi authors and futurists, for the precise reason that any self-aware intelligence based on a binary paradigm will always put self-interest above the interests of others (even it creators). Want proof?  look at our world for a moment…

On mass, Love, compassion, altruism and a sensible balanced approach to life has fallen victim to the antithesis goals contained in the countless subjective disciplines of the human intellect; an intellect that is dominated these days by the ego, whose modus operendi is (not surprisingly) mechanical and completely subjective.  But despite being mechanical, the egos have sentience; they are clever and deceitful, they have convinced us that what the intellect creates under their influence is, in fact, objective, creative, and to this end is crafted with the appearance of (or appearing to have the potential for) higher-human-being functions.  Hence the delusion of most scientists, economists, artists, theologians, and especially transhumanists.  All put their faith in the manifestations of INFERIOR intellectual / emotional processes and pursuits.

Superior Intellect and Emotion are so rare on our planet (especially in recent history) precisely because of the rise and dominance of the inferior intellect / emotion under the control of the egos.

Transhumanism is the latest in a long tradition of human consciousness being usurped by egos.  This is what in ancient times people understood as the struggle between the demons and the gods for the souls of humankind.  Our souls (consciousness) are pure energy–attention.  It’s that energy that the egos want to control forever.  It should be obvious: intellects, out of fear, pride and vanity are envisioning technologies that will allow completely mechanical technologies (100% modeled on the paradigm of the egos themselves) to take control over natural biology (which is anything but mechanical…it’s our inferior intellect under the egos’ influence that makes our observation and understanding of nature utterly subjective and makes nature appear mechanical to us).  It is that same thinking that has led to the decimation of the planet and its resources for the soul purpose of satisfying egos–greed, pride, fear, vanity, lust, gluttony, etc.  Mechanical intellect convinces us of the superiority of its narrow subjective viewpoint but it is utterly subservient to self-interested goals of the egos operating on a win-lose paradigm.

All the while, the true nature of the universe reveals itself (when one tunes into the bigger picture beyond this humanity’s primitive two-dimensional observation/understanding of its limited three-dimensional reality) to be based on a profoundly beautiful and universally applied win-win-win paradigm.

Transhumanism?  How about we try TRUE Humanism first?